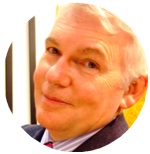 Are you sitting comfortably? Perhaps not  if  you’re  in  a fashionably austere and dimly lit, retro, coffee shop with old school chairs, reclaimed rus- tic tables and rough pottery mugs. ‘Shabby chic’ or genuinely antique it may be, but really it’s nothing new in interior decor. Indeed, your beardy hipster barista is not a recent fashion phenomenon either.

Turn back the clock and the singularly individual artisan worker of the late 19th century may not have been called a hipster, but he certainly was the hipster of his generation. His inspiration and tacit leader, William Morris, himself a beardy chap, surely fits the type.

Morris and his followers quietly rebelled against the mass production of the Industrial Revolution and were keen to return to simpler ways of working, emphasising individual skills. As protagonists of the Arts & Crafts Movement, their achievements are well documented and their many fine artistic accomplishments now ea- gerly sought after by collectors.

English Studio Pottery, which arose from the Arts & Crafts period, has been all the rage for the past 30 years. Moorcroft is perhaps the most well- known, but there are plenty of oth- ers, including Poole, Bretby, Ruskin and the lesser-known Burmantofts. If you find any of the unusually named Burmantofts pottery lurking around Bristol, you’ll be lucky. Local dealer Brian Ashbee has been quietly sweeping up good pieces for some time. As Brian says, it’s been under- valued and not fully appreciated for too long.

Brian will be selling pieces from his vast colourful collection of some 250 items at two West Country fairs in the next few weeks. Firstly, at the second Bruton Decorative Antiques Fair at the Haynes International Motor Museum near Sparkford, from October 13 to 15; and two weeks later at The Cotswolds Decorative Antiques & Art Fair at Westonbirt School, near Tetbury, from October 27 to 29.

Elegant, stylish, colourful with a hint of whimsy, this brightly coloured late 19th-century art pottery ticks all the boxes. Not only has it a well-documented history but it is affordable and very decorative. It not only brings the best out of old, brown furniture but looks equally good with modern oak and contemporary pieces.

Based in Leeds, the Burmantofts Pottery Company flourished for a few brief years. Home was the area of the Yorkshire city named after the medieval allotments, known as “tofts”, given to the craftsmen owners of “burgages”, parcels of land on which their homes and businesses were built, hence ‘Burgage men’s tofts’.

Come the 19th century and the area was dominated by the Rock Colliery, exploiting a rich seam of coal running beneath the allotments, while a kiln using the fuel to fire clay in depos- its either side of the coal was making bricks, drainpipes and earthenware domestic items. In 1863, Rock Colliery was sold to John Holroyd, a rich cloth trader and mill owner in Leeds, who clearly had an eye for a good investment. He named the business, Wilcock and Co after John Wilcock its founder, and it boomed under his control, producing bricks to build the burgeoning city. Holroyd died in 1873, leaving his business interests to his three sons, one them, James, was well educated and interested in art and architecture.

Despite his close involvement, Holroyd was not an artistic director and left his designers free to explore a multiplicity of ideas and influences. But he was an enthusiast and the pottery became popular thanks to his efforts. He advertised in The Pottery Gazette and Builders’ News and gave lectures on pottery production.

By now the country was gripped by a fascination for art pottery. Burmantofts responded by producing grand one-off pieces and numerous small pots, thrown or turned on lathes by skilled potters.

In 1888, Wilcock and Co was re- branded as The Burmantofts Company Ltd, and in the following year amalgamated with other local pot- teries to become the Leeds Fireclay Company.

Early pieces were complex creations that took many hours to pro- duce. Turquoise blue, mustard yellow, olive green, red, pink, brown and a rich sang-de-boeuf were the most popular, which could be ordered in the customer’s choice according to their home  decor.  Experimental wares were the result of streaky glazes that ran into each other when fired, producing highly desirable pots of unique colours, while others were decorated by mixing glazes with clayslip to form a paste. When painted on to the body of the object and fired, the result is a raised textured surface that was also unique. Panels of floral decoration were applied using this method to vases, chargers and jardinières, giving a three-dimensional feel to them. Designs were also added by incising the clay or by tube lining, a technique not unlike piping icing on to a cake.

Intricate Persian-style decoration was popular from around 1887, championed by artist-designer Leonard King in the style of William De Morgan. Chargers, plates and other flat painted wares were decorated  with  coloured  glazes and depicted scenes of birds, fish and flowers. Lustre-glazed wares were produced throughout the short life of the pottery, becoming particularly popular at the turn of the century.
As decorators became more accomplished, different glazes were applied to make crisper finished articles that were easier to produce. Regrettably, this led to mass production, an anathema to devotees of the Aesthetic Movement - a rebellion against   machine-made   uniformity - and Burmantofts began to lose its individuality.

Fashions changed and the end of production of Burmantofts art pottery came in 1904. Production of sanitary wares and architectural commissions continued but the factory was forced to close in 1957. Factory buildings were demolished in 1967 to make way for council houses. Few records exist listing products from the Burmantofts factory. However, the pots that survive mirror the style of the Arts and Crafts Movement.

Today, the Abbey House Museum in Leeds holds a large collection of Burmantofts, much of it acquired directly from the pottery when it closed. Better still, catch Brian Ashbee at a fair and acquire a few wonderful pieces for yourself.

This article originally appeared in The Western Daily Press September 2017